"Old School Magic" is a closed format only focussing on the first two years after MTG was released in 1993 with the Alpha and Beta core series.

This is also the format that captures the essence of Magic in the earliset days as Richard Garfield envisioned it.

REPRINT POLICY: ONLY WITH SAME FRAME PRINT AS IN: ALPHA, BETA, UNLIMITED, REVISED, ARABIAN NIGHTS, ANTIQUITIES, LEGENDS AND THE DARK

CE /IE: THE TOURNAMENT/EVENT ORGANIZER DECIDES IF COLLETORS EDITION/ INTERNATIONAL EDITION IS LEGAL TO PLAY AT THEIR EVENT

The restricted and banned card list is as follows:

Mimimum 60 card main deck - no maximum, but player must be able to shuffle deck appropriately.

Falling Star (2R)
Sorcery
Choose any number of non-overlapping creatures on the battlefield. Flip Falling Star from a height of at least one foot. If Falling Star turns over completely at least 360 degrees during the flip, it deals 3 damage to each chosen creature it lands on. Any creatures damaged by Falling Star that are not destroyed become tapped. 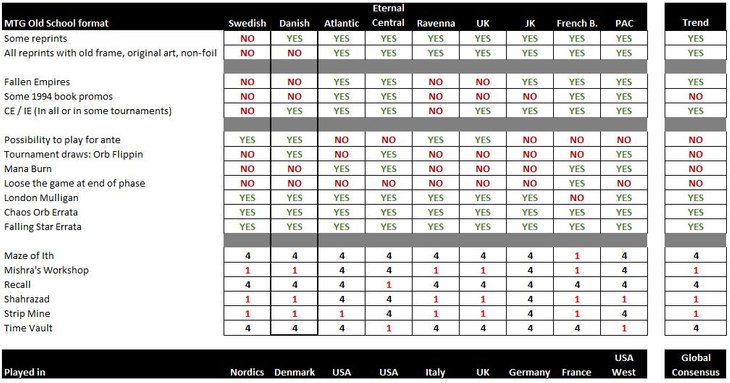 You can find the offcial Danish Old School community by clicking on the Facebook icon and ask for membership in the facebook group:

MTG Games are frequently streamed on twitch. One of the most popular channels are run by the experienced Old School MTG player Simon Rokkjær from Team Tron

You can find and follow the streaming by clicking on Simons channel icon.

MTG Games are frequently streamed on twitch. This is our channel run by the Long Island Crew Team.

You can find and follow the streaming by clicking on our channel icon.

You can also find the Old School clans/groups by clicking on the below map that takes you to a google map with all registered old school groups mapped out: 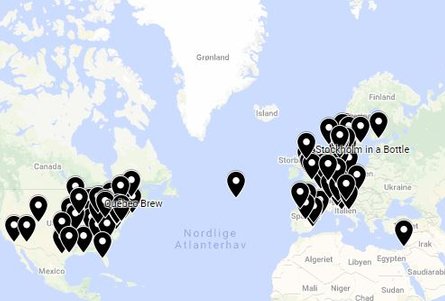